This is a  blog for my thoughts on old telly.

I’ve decided to write down my thoughts on it as I go along. There’s no real attempt at a canon, if it looks interesting or undiscovered (by me at least) I’ll explore it.

There are few better ways to view the development of post War social history than through television, and rewatching it now you are viewing the social and moral conventions of the time as much as the plot, but you can always laugh at the garish carpets and massive ties. 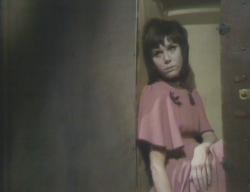 Yet so much archive television is lost or inaccessable, forgotten and buried under the weight of its successors. For much of its history televison was seen as ephemeral and only recently have greater efforts been made to analyse and preserve the past.

I hope you find something to interest you here.