So Howard Ingham and I don our Parking Inspector brassards and channel our inner hoons as we investigate The Cars That Ate Paris.

You can listen to the Podcast above or here but by way of introduction a quick word about rural Australia on film. 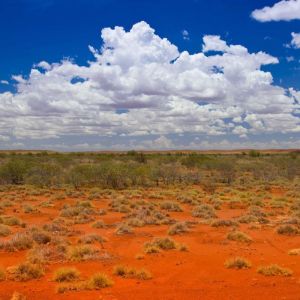 Director Peter Weir is probably the first among equals for the Australian New Wave film movement and The Cars That Ate Paris, along with his (rather dull but extraordinarily beautiful) Magnum Opus Picnic at Hanging Rock (1975) form a canon alongside such notable works as Walkabout (Nicolas Roeg, 1971), Wake In Fright (Ted Kotcheff, 1971) and of course, Mad Max (George Miller, 1979). These films differ greatly in tone, content and pacing but all see the landscape as fundamental to the tales they tell. Such is the raw power of the bush, it has no need of what might be described as supernatural, the Australian landscape doesn’t need it to invoke terror or awe and whether it’s repressed Victorian female sexuality or hard-drinking toxic masculinity, all are at the mercy of the topography.

Like the Lewis and Clark expedition in the United States, Western settlers saw rural Australia as a place to be explored, tamed and conquered (see such films as The Proposition, John Hillcoat, 2005) but unlike the American push West, almost the entirety of rural Australia remains a wilderness. The bush is an eerie, ‘other’ place even today and its tales of terror are as common in real life as in fiction. Modern films like Wolf Creek (Greg McLean, 2005) make much of their connection to genuine events such as Ivan Milat’s Backpacker Murders or the disappearance of Peter Falconio.

It isn’t just horror where the Australian landscape and how people relate to it is crucial, The Adventures of Priscilla, Queen of the Desert (Stephan Elliott, 1994) and The Dish (Rob Sitch, 2000) are stories not easily transferable to other settings while Rabbit-Proof Fence (Phillip Noyce, 2002) speak of crimes committed by Western settlers.

A remarkable and bewildering space, rural Australia supplies film makers a unique, unquiet canvas on which to paint.