I’ve mentioned before that the way we consume TV/film/any other format of ‘content’ shapes expectation. Streaming services have only accelerated the osmosis between television and film, and the COVID pandemic may see the film industry and the theatrical release model irrevocably altered. This doesn’t have to be all bad news and innovative indie filmmakers can take advantage of ever more sophisticated apparatus to tell stories. 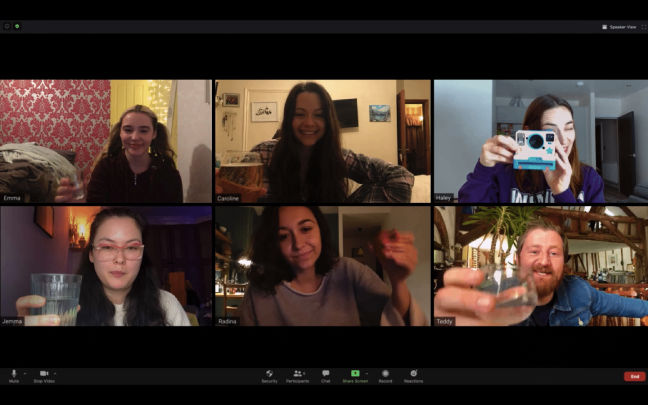 The current lockdown and seemingly irresistible fascist takeover of the western world inevitably leads to a fair bit of existential dread, and if that isn’t fertile ground for horror than I’m not sure what is. No genre is as effective in providing a platform for subversive thoughts and ideas than horror, often it’s only in the fantastical or the seemingly impossible can such ideas be allowed to see the light of day. Maniac Cop (1988) may look like a rather silly low budget slasher but its examination of what happens to society when no one trusts the police (rather than, y’know, just black people) is becoming ever more relevant. It’s not a recent thing of course, Dracula (1897) brings Victorian anxieties about class, civilisation and repression to the fore, even if it gets a little too bogged down in problematic depictions of foreigners as ‘other’. So with the vast majority of us unable to socialise as we would do, new forms of communication are rapidly deployed as we once again surprise ourselves with how quickly we accept new paradigms.

Four months ago I’d barely heard of Zoom, now I give training to work colleagues and while that might say more about the land of the blind that is my employer, it’s a fact that most us are now as familiar as we need to be in order for the horror genre to make its move. HOST isn’t entirely original of course, it’s six years since Unfriended (2014) gave us a similar premise but here and now the context is entirely different. With HOST, we’re all using Zoom or similar, and not just watching a bunch of privileged American teenagers get their comeuppance. Now the cast are us, now the entity released by a mixture of arrogance and ignorance is in our home. Now we’re the ones dying in terror in front of out friends. It’s one thing for the cast to use their own names, it’s quite another to see their actual homes, their actual parents. I’ve talked before about how a lot of this is underpinned with class, at least in the UK.  If like me you found Ghostwatch (1992) scary, imagine the haunting taking place in a happy middle-class home. You wouldn’t find it anywhere near as frightening and would just be treading water until taking delight at Pipes’s destruction of the family. And like Ghostwatch, HOST should only be viewed inside the home. 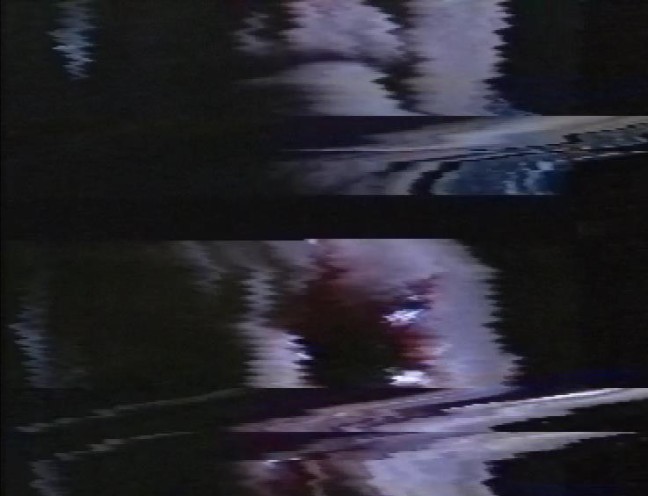 HOST’s director Rob Savage has form with subverting expectation (if you’ve five minutes to spare go and check out his wordless portrait of emotion, Absence (2015)) and here, limited by the restrictions of lockdown he and his crew wring every bit of tension out of the found footage format, without an over reliance on jump scares. Found footage films are like Rioja, at their best they are the among the top of their field but most just leave a bad taste in the mouth. But here, with the home invasion format also mined for all its worth, with have something ubiquitous and ordinary. Like the best of Paranormal Activity (2007) only with constant POV shots and that makes it terrifying. More than any genre, horror makes a pact with you that you know you’ll both break. “Don’t go in the attic!” you scream at Caroline. “Just get out of the fucking house!” you yell at Haley and Jemma. You don’t want either of those things of course, but you’re not the one in the film. But it feels like you are, and so you play your part.

At 67 minutes running time, Rob Savage et al have found a happy medium with pacing, long enough to build tension, short enough that you don’t need a take a breath. Short form works best for ghost stories, you don’t want to rob fear of its power with explanations and resolutions. This makes Chekhov’s guns like Teddy’s music box or the pre-recorded background quite easy to spot but that’s half the fun of watching. I did wonder if they’d all end up hanged but then thought if that might be too complicated to complete under lockdown conditions.

HOST is effective horror, simply told but with much to think on. It’s perfect viewing for our times.