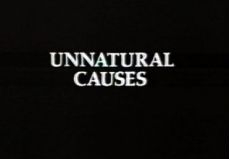 Last week I considered in passing how Brexit engenders a sense of belonging for certain people. This community feeling is often portrayed in a negative light, defined as much by those whom it excludes as much as those who are within.

Being British means that a lot of this feeling is underpinned by class, and if you want an example of a community so defined, and desperately resisting change. One that’s motivated by fear in the face of social progress, then look no further than the Gentleman’s Club.

The post war era has clearly been a tough time for white, straight Anglo-Saxon males in England. The rise of feminism and the decriminalisation of homosexuality has clearly left the most common, most powerful social grouping in the land feeling rather vulnerable, and as we’ve seen in this now blighted country, it’s at times like these that many such people retreat back to a particular safe space. Be that an institution with pointless yet comforting rituals or pitching the very country they live in into the economic abyss because they don’t like seeing a Polish aisle in Tesco.

Of course what underpins such feelings is fragility.“”No talking in class.” That’s what it all about, being back at school” mocks Evelyn Tripp (Fiona Walker) to her husband, James (Ronald Pickup). “All this slops and gravy and custard and burnt offerings, it’s school food. What they say and they’re right. Prep school. Go to the head master, perhaps he’ll be cross or perhaps he’ll pat you on the head and say “never mind you did your best. TRIPP!”

The weakness and lack of purpose of these men leaves a need, a desire even to be told what to do, by their head master, or in later years by their bosses or the head of their Members Club, personified here by Colonel Waley (Alfred Burke).

This provides fertile ground for ridicule of the most disturbing sort as the Hunters’ Club, on its uppers financially, experiments with a Ladies Night, once a week for a year, with the expectation that greater inclusively may increase membership. This culminates in one of the members apparently murdering his wife after he’s expelled from the club because she criticised the Colonel for his story about saving Herman Goering’s life.

Black comedies with a dead body MacGuffin are reliable trope. The Colonel is delighted as it provides a source of excitement, a purpose, a chance to rally his troops. In reality of course it just highlights a collective inadequacy, as the various members of the club panic and drink a lot of scotch before trying to work out a plan for disposal of the body, only to discover that Evelyn wasn’t dead after all, has made her escape and called the Police, who promptly arrive at the very end of the play. AND THEY’RE ALL WOMEN.

Every character in this production is unpleasant, irrelevant or indescribably awful, and it’s no surprise that the writer of such misanthropy is Nigel Kneale, working with his producer from Against the Crowd (1975) and Beasts (1976), Nicholas Palmer and director Herbert Wise who he would later collaborate with on the superb TV adaptation of Susan Hill’s The Woman in Black (1989)1.

Unlike that production this is an all studio affair with the fourth wall, multi camera set up leaving Wise with limited scope. Yet he proves his experience time and time again. The initial scenes in the entrance hall are shot as distant as possible, giving The Hunters’ Club and large and unfriendly air, more gothic haunted house than social establishment. By contrast the shots in the guest suite or at the rear of the hall, as the panicking members try to work out what to do, are close and claustrophobic.

The dining room scenes, with a long table in the centre that the women aren’t allowed around, framed by two smaller tables for the couples to dine at, allow the most variety of shots. This gives ample opportunity for Evelyn to comment unfavourably on the food, wine and surroundings in general, and finally to react with horror when the Colonel tells his story about saving Goering on a hunting trip. Wise has particular fun here, focusing on the Colonel as his tale unfolds with a fairly rapid zoom before the quick cut to Walker’s reaction. It’s timed to perfection and I’m sure they rehearsed it throughly. Kneale’s enjoying himself too, the worst thing the Colonel can say about Hitler is that he was “a vulgarian”.

While the character of the Colonel is a horrific delight it does serve to highlight the weakness of the rest of the ensemble. In the case of James this is clearly deliberate but in the main the rest of the cast are a fairly faceless bunch, which is a shame as we never really get to explore how the younger Club members feel. Indeed, this lays open some awkward questions with the plot: if none of the more senior Club members are in favour of Ladies Night, who did vote it in? And if it’s been running for a year why has there not been a hint of anything going wrong so far? It certainly doesn’t take very long for the oestrogen to hit the fan on this particular night.

These minor flaws aside, this is an effective and enjoyably grotesque piece of television which highlights many issues still all too relevant some 31 years later. Of course Brexiteers may see it as a horror story that highlights the dangers of allowing women to intrude into the male safe space.

1 For more information on this version of The Woman In Black here’s a piece I wrote for Howard Ingham’s excellent blog, Room 207 Press.