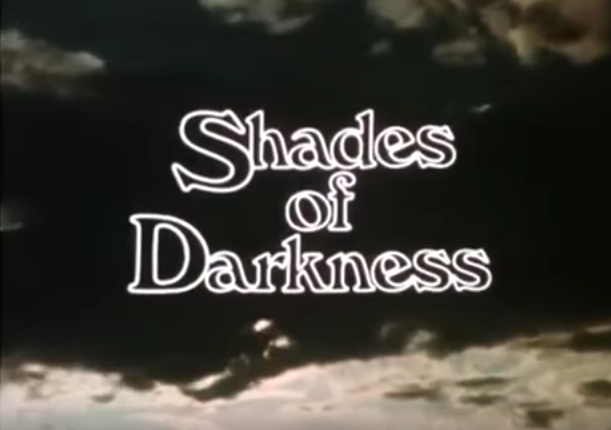 Well he said the Large Hadron Collider said so anyway. As ghosts aren’t made of matter they must be made be made of energy and would therefore dissipate as they succumbed to the second law of thermodynamics.

So you don’t all stop reading at this point, here’s a picture of Brian Cox.

Of course anyone with even a slight level of interest in Forteana could protest that the definition of a ghost can be loose and ill-defined. Fiction serves up many variants and not all are incarnations of the dead. Many are familiar with Thomas Charles Lethbridge’s Stone Tape theory, popularised by Nigel Kneale’s 1972 TV play of the same name, where ghosts and hauntings are in effect recordings of the past. In that same year, the Doctor Who serial Day of the Daleks featured ghosts from the future.

“None of your clanking chains and chilly fingers, but ghosts, none the less.”

One variant I’ve come across rather less than I might have expected is the ghost that’s only revealed as such much later. There’s Oliver Onions’ The Beckoning Fair One 1, and no doubt those far better read than I can think of others.

The Shades of Darkness episode Afterward takes this trope and turns is on its head, with somewhat mixed results. Broadcast in the summer of 1983 this Granada made anthology series was overseen by June Wyndham-Davies who would shortly go on to produce their peerless Sherlock Holmes adaptations (1984-1994) starring Jeremy Brett.

Afterward is based on a 1910 short story by Pulitzer Prize winner Edith Wharton and adapted by Upstairs Downstairs chief writer Alfred Shaughnessy. The director is TV veteran Simon Langton, probably best known for the 1995 BBC adaptation of Pride and Prejudice.

It concerns a nouveau riche American couple, Mary and Edward (Kate Harper and Michael Shannon) buying a rundown stately home in the English countryside. The place they choose has no mains water, gas or electricity but they fall in love with it because of its ‘character’.2

However they really want it to have a ghost. They’re in luck: we’re told by Mrs. Stair (Penelope Lee) the house does indeed have a ghost but that people who encounter it don’t realise it until much later…….

No examples are given though, and after recovering from being shot in the face with Chekhov’s gun before it’s even been hung on the wall, you’re left wondering at such a bold move. Surely explaining it before it happens removes any element of shock, unless………of course, this is going to be a tale of red herrings and false assumptions. The viewer ever chasing shadows and looking in the wrong place, right?

Before too long a strange man (Rolf Saxon) is seen approaching the house but disappears – GHOST!

A couple of weeks later the man returns, asking to see Edward – GHOST!

Then both he and Edward have vanished and Mary’s worried sick. And that’s it. Trouble is, we’re only half way through the story. For the rest of the tale, Mary’s has a half-arsed look around the grounds for her husband, has a chat to the police that goes nowhere and then her solicitor Mr. Parvin (John Grillo) arrives to explain that the strange man she saw was someone who killed himself after losing everything because of her husband’s ruthlessness in business.

She now knows that the strange man was a ghost BUT SHE DIDN’T REALISE AT THE TIME.

Of course as the viewer did realise that, the story would seem to fall rather flat, at least on the surface. You’re left waiting for red herrings that never materialise and the ghost is so obviously presented that you can discount a double bluff.

But when go below the surface, you see where the real heart of this story lies. Edward has no real interest in Mary, and his distance from her and her willful ignorance of his business dealings is the undoing of both of them. Ultimately this is a tale that warns that silent complicity is not a defence. If Mary wishes to enjoy the fruits of her husband’s labour, she is as responsible for it as he is.

Witnessing her isolation and tragedy in this most gothic of settings brings to mind Henry James’ Turn of the Screw, with similar moral ambiguity of the central character.

Kate Harper3, gives a lovely understated performance and his by some way the best thing in this. The direction by contrast is uneven throughout, never sure if it wants to highlight Mary’s isolation in a house that’s far too big for her or the claustrophobia in her being trapped in her surroundings.

This is a deceptive tale that rewards repeat viewing and answers the never-asked question, what happens if you block Chekhov’s gun with Occam’s razor? The answer is better than you might think.

1 Thanks Howard.
2 In a rather Edwardian example of the house’s isolation, we’re told that “it’s seven miles from the nearest railway station.” For those of us that grew up post Dr. Beeching’s axing of the railways, this example may have lost some of its impact.
3 You may recognise Kate as ‘Ma’ in The Passion of Darkly Noon.