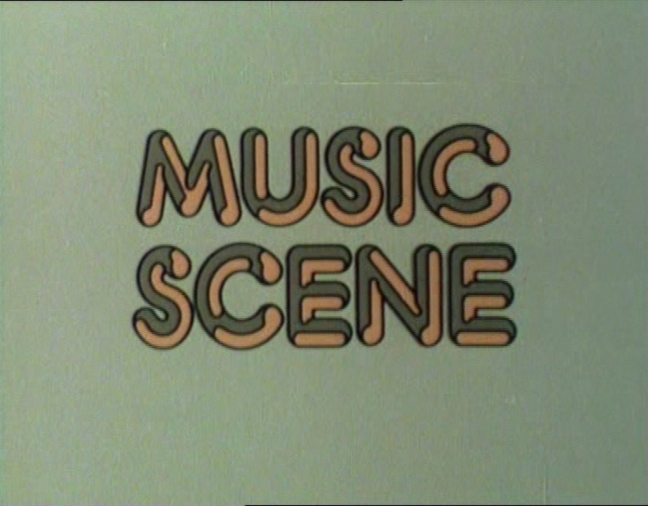 Many people with an interest in such matters will have no doubt purchased Stephen Brotherstone and Dave Lawrence’s recently published Scarred For Life Volume One, examining just how dark and macabre pop culture could be in the 1970s.

And that includes a hell of a lot of kid’s stuff.

If you ever saw Building Sites Bite (1978) at school you’ll recall seeing a smug kid called Ronald getting killed over and over again in a variety of horrific and gory ways on a building site.

I saw this at the age of 11 in a school assembly. That may answer a good many things about me.

The 70 saw post War optimism  replaced with a tumultuous struggle for the future as marginalised people fought for recognition and equality against those who felt threatened by such a rise and took refuge in political and social conservatism.

This was a time when you could buy books on ESP in the same range as ones on carpentry. A dangerous, grim and magical decade, and one that offers many lessons for our current times.

The range of schools television programmes was as much a product of technological limitations as it was social. The role of television as a communal, fixed, time specific activity is increasingly anachronistic but it enabled television companies/the government to focus mass messages that much more effectively. I still can’t think of AIDS without thinking of John Hurt.

The idea of making an MR James adaptation for the sole purpose of demonstrating incidental music is as insane as it’s marvellous.

Music Scene was fortnightly programme by ITV schools broadcast over 1975 and 1976, demonstrating a range of music often using dramatic examples. Its title sequence is pure Python-era Terry Gilliam with a rather funky soundtrack. Gothic it is not and it amuses me to think that if this programme is remembered at all, it’s largely down to this episode and fans of MR James.

For the final instalment, concentrating on music for television, brass band composer Philip Wilby discusses the score he’s written for Mr Humphreys and His Inheritance, explains the rules and invites watching school children to discuss what he’s done and how they might approach it.

Everything about this set up is utterly bizarre. Would it not have been better, not to mention cheaper to take existing film stock that Yorkshire Television held the rights to and rescore it? Perhaps using the same sequence several times, each with a different score to demonstrate how vital incidental music is for creating mood and atmosphere. The fact that Philip Wilby isn’t even an incidental music composer only adds to the peculiarity.

But anyway what follows is a 16 minute adaptation of MR James’ short story from 1911. It concerns Mr Humphreys and, well……..

To write a critical analysis of this piece would seem to miss the point rather, far better to celebrate it exists in the first place.

The tale is truncated effectively from the short story, several characters are amalgamated and the subplot with the woman from the Village Green Society is exorcised altogether while exposition is via a narrator (Peter Clough) quoting the original text, this is Occam’s Razor MR James.

What we are left with is the straightforward tale of Mr Humphreys (Geoffrey Russell), who has unexpectedly been left a large house in Suffolk. A house with a maze in its gardens. A maze with something sinister at its centre.

There isn’t much time to build up atmosphere and after a quick exposition scene we’re off to the maze. The camera work in the maze is first rate, close up and oppressive when Humphreys is exploring but with some effective long shots to create an oppressive sense of scale, although they probably could have done with a bit longer to get the night shoot right. A bit of a shame because the cowled figure standing in the centre of the maze would be rather effective if you could see it properly.  Still, the fact this production had a night shoot in the first place…….. 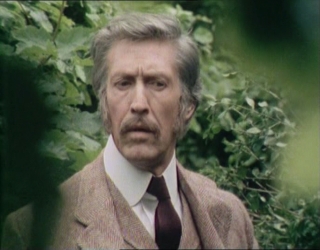 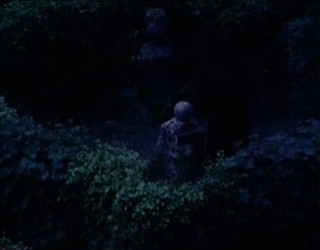 There’s lovely claymation sequence towards the end as the evil presence beings to manifest. Again, a gentle reminder that this is an educational programme for children.

In fact, the only aspect of of the production that doesn’t really work is the music.

As the incidental music is meant to be the whole point of the exercise in making this film I’m going to assume that’s deliberate, and the overbearing, rather avant garde score is as it is to give budding John Williamses the courage to believe they could do better.

Yet this doesn’t spoil a delightful little tale that just about holds up today. The acting is perfectly adequate and I was surprised to discover that the director, Tony Scull hasn’t done any other drama, I’ve certainly seen a lot worse. And so we’re left with an odd little curio, that stands as testament to a time when making a 16 minute ghost story about an Edwardian clerk going to live in the countryside was seen as the best way to introduce children to music.

One thought on “Foreign Countries #6: Music Scene: Mr Humphreys and His Inheritance (1976)”