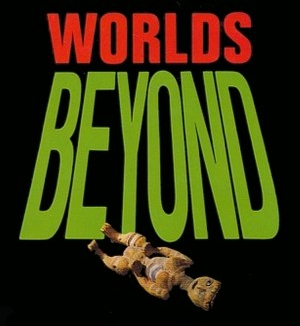 I’ve been watching Evil Genius (2018) this week, a truly extraordinary story of an investigation into a pizza delivery man robbing a bank before being killed by a home-made bomb secured round his neck, and where the trail leads the FBI. Real life crime documentaries are certainly in fashion at the moment.

Real life stories have a way of engaging and fascinating a wider audience than straight drama but they also provide obvious inspiration for fiction. Of course where the blurred line between hard fact and artistic licence may lie is often crucial, as is the fact you’re assuming that the supposed authenticity of the original story is genuine. From The Texas Chainsaw Massacre (Tobe Hooper, 1974) to Paranormal Activity (Oren Peli, 2009) horror makes common use of the ‘based on real events’ trope.

The story in question,  The Eye of Yemanja was written by legendary TV and film writer Brian Clemens, known for such cult favourites as The Avengers (1961-69), Thriller (1973-76) and er, Bugs (1995-99). The director was John K Cooper, probably best known as a producer on Emergency Ward 10 (1957-67) and Timeslip (1970-71). It was first broadcast on 28 June 1987 in a 25 minute slot. That includes an ad break so we’ve barely 20 minutes of run time. Regular readers of this blog (stop laughing at the back of this somewhat sparsely populated room) will know I favour the short form to tell ghost stories, focusing on the atmosphere rather than character and explanation. So this should be a taut, tight journey through the paranormal in the hands of one of the most experienced men in the business.

So how come it’s so bloody awful?

Suzy (Amanda Hillwood) is going for a run on the beach somewhere on the south coast of England. She doesn’t notice the washed up life ring from the SS Santa Mariana, nor does she glimpse the body, blackened and bloated with its hand outstretched, floating in the water only a few feet away. She does however see the wooden idol lying in the wet sand. Something else from the Santa Marina we assume.

A decent start this, we’re not even out of the credits and already we’ve learnt that something terrible’s happened at sea and that Suzy may now be unwittingly bring danger upon herself.

Suzy gets home and we’re introduced to her photographer husband, David (Steve Alder). She shows him the figure and we’re treated to a dull duologue (these are not strong leads). David complains that Suzy’s modelling for his last photo shoot was substandard. Her right’s leg’s blurred, she must have moved while he was on a long exposure. Suzy maintains she didn’t and then falls somewhat unconvincingly down some stairs, injuring her leg…

You don’t have to be the biggest horror buff to spot the device lifted from the play book of The Omen (1976) but that’s fine, you can get away with that as long as you make it good. Sadly everything here is flat, from the pedestrian script to the soulless delivery, and from the poorly executed fall to the uninspired camerawork. It’s all very much ‘will this do?’

Time for an info dump: at a party at their flat Suzy meets Brazilian Juanita (Diana Katis), who just happens to be in town and happens to know all about the figure, which is handy. What we’ve got here is Yemanja.

Yemanja, Goddess of the Ocean has her origins with the Yoruba people from what is now southern Nigeria. When the European powers took large quantities of West African slaves to work on the New World plantations, their beliefs came with them. As generations followed, and as Catholic missionaries started to do their work with the cult of the Virgin Mary so developed that curious South and Central American blend of native African religion and Catholicism that epitomises the region.

We don’t get all that in the episode of course, we’ve only got 20 minutes. What we do get is Suzy being told it’s Bad and to get rid of it, and Suzy ignoring the advice. What follows should be effective, Suzy is effectively raped by an incubus, nearly throws herself off her balcony because she thinks she’s diving into a pool  and appears to have developed a serious medical condition (although that’s curiously left unresolved at the end). But neither Hillwood, Alder or Cooper are able to sell this. The whole thing is dull, amateurish. It’s not even structured well, Juanita is brought back to info dump to Suzy and bit more, and then told to sod off again, unforgivable padding in so short a tale.

There’s a decent story in here, and there’s flashes of promise. The scenes of the body being recovered from the water are nicely done but you want that little sub plot to go somewhere and it doesn’t. The assault scene should be chilling but it’s far too cautious, not dealing with either the vulnerable terror nor the post event trauma. It’s also harder to sell the threat of the Yemanja when no character gets bumped off. Even the luckless sailor, dead before the story starts could’ve just drowned for non supernatural reasons. It culminates in a race against time, for Brian to get home before Suzy’s killed by jagged glass. But we’ve already been told the train journey from London takes two hours so it’s hard to take the fast editing seriously as the two scenes are taking place over differnt timescales. It mainly brought to mind:

He doesn’t get there in time after all but it’s okay because it doesn’t kill her anyway, the glass hits her photograph. They then throw Yemanja back in the sea and all go home. So what we’re left with is supposedly a true paranormal story told with no tension or conviction. Forgettable.

A book was brought out to accompany the series, to tell the real stories behind the fiction. These events apparently look place to a young research scientist in Brazil during 1973. That already sounds a lot more interesting.

Still If I’d not had to watch this piece of crap three times, I wouldn’t have noticed Julia Deakin as one of the party guests.